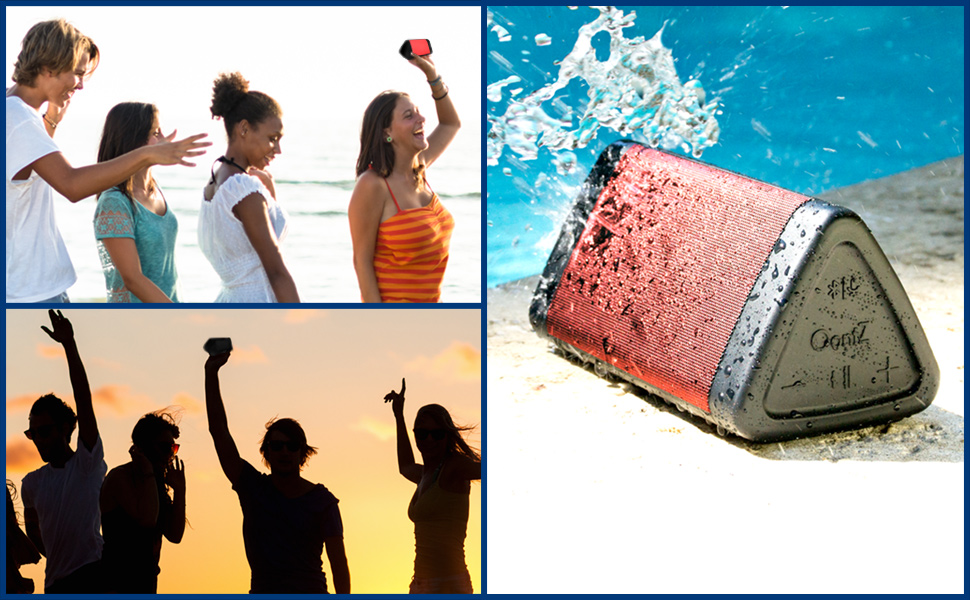 Good music moves both body and soul, and one of the best portable Bluetooth speakers is the OontZ angle 3 by Cambridge Sound Works. It is versatile and capable of producing loud sounds. It is designed to work wirelessly with most digital devices including the popular iPhone from Apple.

In this OontZ Bluetooth speaker review, we take a closer look at the features and the likes and dislikes of some of the current users. It took almost nine days for the one we ordered to arrive since we do not have Amazon Prime with two -day delivery.

At first glance, the speaker is very tiny, but don’t let that stop you from going head with the instant Bluetooth pairing. The image on the sites selling this product is enlarged to say the least. The size of the device gave pause to the idea of including the OontZ angle among the top rated Bluetooth speakers sold online, until we started using it to output music.

The sound from the speaker was loud enough to make co-workers gather around as if it was party time. The sound itself was crisp and clear, with no distortions. We all nodded our heads in unison as if to agree that this was one of the loudest portable Bluetooth speakers that we’ve ever tested.

The OontZ Angle 3 (3rd Gen) Portable Bluetooth Speaker has many impressive attributes, but lets start with some of the awesome features that made this a worthwhile purchase. Yes, the editors and writers at paramountind.com did not get a free product to do this OontZ angle speaker review, as we wanted it to be genuine and truthful. 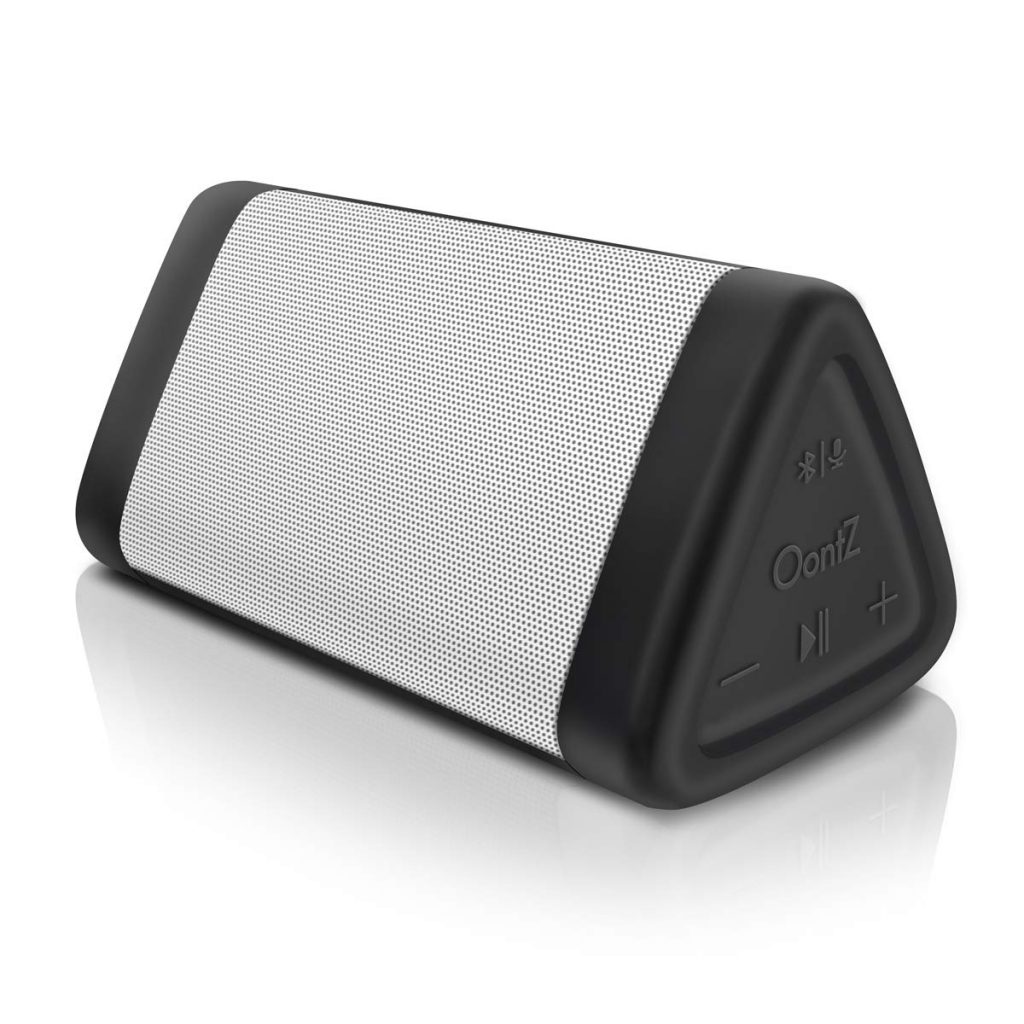 Let me start off by saying that the OontZ Angle 3 offers an exceptionally rich sound coming from its triangular package. The budget-friendly price tag does not hurt either.

Cambridge SoundWorks first hit the Amazon scene several years ago. Their product, the OontZ Angle 3 is the (3rd Gen) Bluetooth speaker, which continues the good sound tradition of its predecessors without breaking the bank. In fact, it’s been considered in many best lists.

I was giving the task of writing this review due to my deep knowledge of speaker technology. Personally, I’ve had quite a number of Bluetooth speakers in my lifetime and broken most of them along the way. But when I was handed the OontZ speaker I knew it would last for a very long time due to its unique design and construction.

As much as I would like to call myself a sound expert being an audiophile, I would rather not. But I know that I have a refined sense of sound. I admire the way Bluetooth speakers work, because they are hassle-free.

As a music enthusiast I know the music from the tiny OontZ angle 3 portable speaker will never be a match to the stereo sound. At most, they will have that extra, or something special where you’ll say, wait, that is actually coming from a Bluetooth speaker?! And best of all, it is affordable and can be used to output great sounds from most digital devices with with enabled Bluetooth connectivity.

It is common for many Bluetooth speakers to get tricky when it comes to frequencies at the low end. And there are those that are equipped for such, but their middle and high frequencies are compromised. In other words, you can’t have the best of both worlds in a relatively cheap unit. Or can you?

Apparently, this was possible with the Cambridge SoundWorks OontZ Angle 3. This Bluetooth speaker has amazing features packed in its rather functional triangle housing.

Its manufacturer, Cambridge SoundWorks, tried so hard to maintain its image of being a provider of topnotch audio quality for many years, as a hi-fi sound purist and not giving in to Bluetooth technology.

The brief history of the Bluetooth Speakers by Cambridge Sound Works can be traced to the efforts of two guys, Henry Kloss and Tom DeVesto. The initial conception of this company started in 1988. In 1997, this firm was acquired by Creative Labs.

Just looking at corporate governance alone, the current owner of the OontZ line of Bluetooth speakers have had a turbulence history to say the least. Despite their survival issues, there is no denying the fact the viability of OontZ Angle 3 to deliver great sounds.

With the demise of the home stereo system, the company had to keep up with the times and thus came up with the OontZ Angle Bluetooth line of speakers. Their products have been compared to other speaker giants such as Bose and Jawbone without the bank-breaking price tag.

The OontZ Angle 3 has five models to date, namely: the stock version OontZ Angle 3 which I own, Angle 3 Plus, Angle 3 Ultra, Angle 3XL, and Angle 3XL Ultra. The Angle 3 Plus is about an inch longer than the original Angle 3 and supposedly delivers better bass sound and battery life. The succeeding versions are then expected to come with further improvements.

As they say, third time’s the charm, the OontZ Angle 3 resolved the issues present in Angle 1 and 2. This includes that elusive balanced quality by having a rich bass and enhanced audio clarity. It is where you can crank up the volume without experiencing sound distortion. The Angle 3 was able to achieve clear mids and highs whether you position it vertically or horizontally.

The OontZ Angle 3 in my opinion sounds great with RNB, jazz, and other melodious songs. I noticed that it gets really loud only when it reaches 80 percent. As such, rock music can get somewhat edgy while hip hop tunes may be decent, although I think it lacks oomph from this speaker. That said, it is ideal for use in the bedroom, or when having a small party with friends outdoors.

If you are a bass lover, once again, this speaker has mid and highs which are audibly good. The low bass however, is hardly noticeable. In loud volumes, the OontZ Angle 3 tends to jump with the down firing of its bass radiator.

I did mention the triangular shape this speaker comes in, let me stress that it has pointed corners. Its build is made of plastic using two types of finishes, matte and rubber-like. I find that the rubber feet do not absorb vibration quite well, so you will find the unit sliding a bit when placed on a flat surface.

To solve this, I let the unit stand vertically. The OontZ Angle 3 has a waterproof of sorts design, which is certified by its IPX5 rating. Though you cannot submerge it in water, it protects water jets from any direction.

Going back to the OontZ Angle 3, this Bluetooth speaker is needless to say, compatible with many smart devices using IOS and Amazon operating systems that have Bluetooth capability themselves.

While you might encounter pairing problems when there are several phones existing in the connection, this is also a recurring issue with other Bluetooth speakers where pairing a new device can become a messy affair at first.

Since Bluetooth technology changes often, I find that pairing issues might be because of the age of the digital device used. My newer iPhone paired with this speaker right away with no issues at all.

This device takes the cake when it comes to being portable given its lightweight size, weighing only about 10 ounces. As such, it is compact enough to fit in anyone’s bag or large-pocket. It is also one of the smallest speakers I’ve had which makes it similar to UE Roll 2, albeit having very different shapes.

Just like other Bluetooth-enabled speakers, you can also use this unit as a supplemental speaker for calls from your mobile phone. They emit a clear sound for as long as you stay close to it.

When played at 60 percent volume, this speaker’s 2,200mAh lithium ion battery can last for 7 hours before needing recharging, which can be done using the micro USB port. As such, it is easy to recharge it using your own power bank or smartphone charger.

This speaker from Cambridge SoundWorks comes with a built-in Mic, which makes it possible to answer calls from your smartphone hands free.

The design of the OontZ angle speaker is aesthetically pleasing, with multiple colors to choose from.

The volume is quite loud for the diminutive size.

The Bluetooth pairing from my testing was instant with no issues to talk about.

The best pro in this OontZ angle 3xl review is the affordable pricing.

You might run into pairing problems if your digital device is too old. I did not test it with any older smartphone, but some of the current users made mention of this issue as been present and real.

The length of the warranty period is only limited to ninety days, which is one of the industry lowest.

The battery will only last about 7-hours with constant use, which in my opinion is quite good, but some will disagree.

Based on the testing and information gathered for this OontZ Angle 3 Portable Bluetooth Speaker review, it is capable of delivering clear loud sound with decent bass. I will gladly put this product among the top 10 portable Bluetooth speakers in the world.

It is hard to argue against the less than thirty bucks pricing. I believe it is a far more valuable speaker at this price range. I intend to keep this Bluetooth speaker because I love it so much. Do not let the small size fool you, for it is made to output excellent sound from most digital devices. 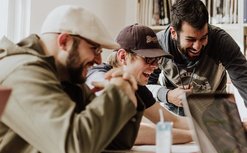