Hardware Vs Software: What’s the Difference?

Fan Vs Air Conditioner: Which is Better for Health?

Windows 10 vs Mac Operating System: Which is Better?

What is software? Software is basically a collection of computer programs, documentation and procedures that are used to complete tasks on a computer system. Software systems are typically divided into three different types – application software, programming software and system software.

There are lots of similarities between the three and a lot of grey areas between them. Software has the ability to transform the hardware of a computer using a particularly ordered sequence. The interface that’s used in most software is pretty easy to use and allows for efficient interaction with human users.

Hardware, on the other hand, is a physical device that you can touch. A good example of this would be a hard drive that you connect to your computer, a video card, printer, display monitor and CD-ROM.

Computers need hardware in order to function otherwise software wouldn’t have anything to work with. Hardware and software work together in a symbiotic relationship. The software communicates with the hardware to fulfill tasks and that’s how your device operates.

However, there’s a clear distinction between the two, based on their differences. What are the differences between hardware and software? 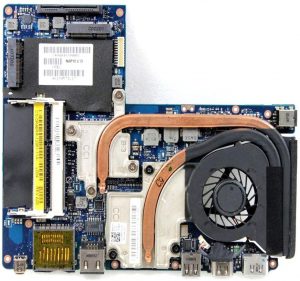 Hardware is a tangible device that you can touch with your hands and see with your eyes. The computer monitor you’re using and the mouse is both examples of hardware.

Software, on the other hand, is an abstract program that manifests as a web browser or operating system. Its job is to send instructions to a hardware device such as a computer, so it can fulfill certain tasks. Software is not tangible.

Both software and hardware can run on computers, air traffic control systems, medical equipment, Global Positioning Satellites (GPS) and cell phones. Any type of computer needs software in order to operate. For instance, you wouldn’t be able to use your computer in any capacity if it didn’t have an operating system.

Software works by sending programmed commands to a specific hardware so that it can perform a certain action. Hardware is like the delivery man for the commands given by software solutions.

Hardware is basically dependent on software in order to function because the software holds all the programs it needs to work.

Although it’s easy and quite common to switch between different types of software at the same time, the same can’t be said about hardware. That’s because the process of creating, changing and deleting software is fairly easy and straightforward, whereas hardware requires more resources and skills to do so.

There are firewalls available for software and hardware alike. Software firewall seems to be more popular because it’s customizable and can be installed in computers much like software. You’ll find hardware firewalls mostly in broadband routers.

Can Hardware Exist without Software?

Now that you know how each option works and what the main differences are between the two, you’re probably wondering if it’s possible to use one without the other. While you can easily operate a computer without external hardware, it would be impossible to even switch it on without software.

Can Software Exist Without Hardware?

Software requires some type of hardware in order to truly function at its full potential. This goes for new applications and programs. After all, a computer game is useless without a monitor to play it with and a speaker to hear the different sound effects.

Hardware is equally important when using computers. You wouldn’t be able to use one efficiently without a power source, keyboard, and mouse.

For this reason, it’s important to protect both your hardware and software from malware and hacking by using secure networks at all times. This includes ensuring that you have invulnerable firewalls and cutting-edge cybersecurity solutions.

If you’re not well-versed in firewall software and would like a few friendly suggestions, check out the next section. We’re going to cover the best firewall software tools that you can use to protect yourself from the most common threats.

Here are the main types of software:

System software is essential to hardware and the latter cannot work without the former. Without an operating system or interpreter, you’ll only experience error messages and the device won’t be able to retrieve essential data.

This means that operating systems are a vital connection between the user and the software itself and they make it easier to use computer hardware. Software programs and apps have many other applications aside from operating systems and system software functions.

For example, you need MS Office in order to use its famous word processor. You simply can’t write and save documents without it.

This software category includes options like user-centric programs, video games, and word processors to name but a few. What sets them apart is the fact that aside from performing basic tasks, they’re designed for entertainment, utility purposes, etc.

This type of software is mostly known as malware and it’s designed to damage computer systems in one way or another. It targets hardware and software systems to wreak havoc on entire networks.

Certain malware is associated with cyber-crime rings that use it as a weapon to play practical jokes or exploit unsuspecting users. Software comes in the form of systematic instructions that can be used to transform how computer hardware operates.

Program software is known for providing user-friendly interfaces that are designed to make your life easier when operating a computer system. For example, video game software can only work if it’s running a video card, memory (RAM), hard drive and computer processor (CPU).

On the other hand, something like word processing software requires a computer processor, hard drive and memory in order to create and save documents effectively.

Well, there you have it! Hopefully, now you understand the role that both software and hardware play in ensuring smooth computer functionality. You need both to get the most out of your computer, in the same way, that you wouldn’t be able to use a word processing software without a monitor.