Cool Things You Can Do With Your Smartphone

The most successful device ever created and marketed to the general public is a cellphone now commonly known as a smartphone. How is it possible that this small phone is now in the hands of over six-billion people in less than 15-years? It is like magic, for smart-phones are everywhere even in countries with the highest rate of poverty.

The cool things one can do on a modern smartphone grows every day in leaps and bounds. While I am a fan of the Apple smartphone, billions of others are happily using portable phones using the Android platform. This article will not be about the dangers of smartphone use by kids, neither will we be discussing the pros and cons of the digital revolution.

I will be going over the many things one can do on a smartphone. Some of them will be familiar, while a few will be a total shock to even long term users.

Let me get my bias out of the way, for a lot of the cool things you can do with your smartphone I experienced using the latest iPhone 8. Android users can duplicate the same experience since most Apps are now made to serve both.

List of Amazing Things You Can do with Your Smartphone

While the 5 most interesting things a smartphone can do is a short version, the list is far larger than that, and it keeps growing day-by-day. Some of the secret things your iPhone or Android phone can do includes:

The list of things one can order online is becoming virtually limitless. Just, for instance, it is now possible to buy your car from another state and have it delivered to your driveway in just a few days, all without leaving your living room.

Feeling hungry? Within your smartphone are delivery services like Uber-Eats, Door-dash, and a host of others, all capable of bringing you hot food right to your doorstep in just minutes. Who could have thought that Amazon.com would be so successful?

Probably just a few of the high-end financial analyst, but now, this fast-growing company is the darling of Wall-Street. Most of the bricks and mortar stores are facing the risk of going out of business due to the threat posed by online shopping.

I remember when you needed a large video camera to shoot a decent video. Most of the present-day smartphones give the user the ability to shoot videos with stunning clarity. There are Apps capable of taking the video making features of any phone to the professional level.

Inducing special effects, removing blemishes, changing background images, are just some of the things the popular iPhone will allow you to do. To top it off, your video creation can be published instantly online, with just the click of a button. 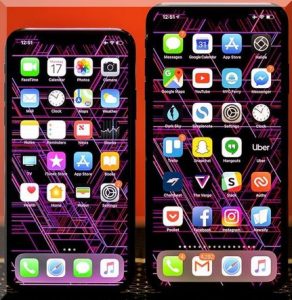 Among the cool things to do with an android or Apple phone is the taking of photos and storing them. The photo shooting power of the latest smartphones will rival or surpass those of the most expensive cameras sold in the late 1990s and early 2000s.

People all over the world are now capable of shooting photos daily that documents interesting happenings in life. Taking and publishing selfies is now the rage. It is surprising to believe most of the images published on Facebook, Instagram, Pinterest and a host of other pictures hosting sites are made using smartphones.

Able to brush away skin imperfections or manipulate other body parts in a photo you just shot a few minutes ago. This is why I stopped using dating sites because some of the images posted are not a factual representation of the poster.

4 – Make Both Domestic and International Calls

For those old enough, the 1970s, 1980s, and 1990s were brutal years to be making international calls due to the prohibitive cost. Fast forward to today, and you can make free calls to faraway places all through the smartphone. The list of Apps to make free international calls grows by the day.

5 – Use to Make or Accept Payment

Not only can one initiate payments through the smartphone it is also possible to accept payments as well. A contractor friend of mine travels around with an attachment to his iPhone that instantly turns it into a credit card swiping terminal.

Gone are the days when you have to step into a banking hall to deposit a check. Most checks can now be deposited by just scanning it using a smartphone. Most of the big banks have this feature and the deposit will be reflected in your account activity even thou you still have the physical check in your possession.

Among the things to do on your phone include using it as a flashlight. Some Apps can turn the video or photo shooting lens of any smartphone into a powerful flashlight. This is one of the most interesting things I use my iPhone for, especially when outdoors at night.

It is now possible to know your current heart rate by using the Instant Heart Rate app and there are versions for both the iOS and Android platform. This app allows one to check heart rate and stress levels with the ability to send health information to your doctor.

If you’re seeking to measure height, distance, and width, don’t worry, there are Apps to help you out. Will measuring Apps like Easy Measure and Smart Measure make the physical tape measurement obsolete? Probably not, but millions of people are finding it easier to use smartphone Apps to get instant accurate measurement results.

I am sure most of you have heard of Uber and Lyft. You can learn what it takes to drive for Uber. Kudos to the company for exposing the major inefficiencies of the regular taxi industry. The many ridesharing apps negate the need to drive home drunk in today’s digital culture. Ordering a Uber ride is one of the coolest things a smartphone do that a regular phone can’t.

Those old family photos can be easily digitized before they completely fade away. One of the best Apps for digitizing pictures is the PhotoScan by Google Photos. It is owned by that famous juggernaut and the Android version can be accessed here.

If you’re into music in a big way, the modern smartphone is your best friend. Yes, that small device can hold thousands of songs. You’re able to arrange the songs into genre type, by artist, or personal preferences.

While the speakers embedded in a smartphone are not that loud, one can change all that with the use of audio speakers with Bluetooth capabilities. I have met mobile DJs using just the iPhone as the music playing device.

I feel sorry for today’s kids because of the information overload they have to contend with. If you know the right websites to access the latest movies can be watched for free on a smartphone device. Watching movies is one of the best things to do with your phone since time goes by faster.

Whether one is driving or walking, instantaneous directions can be provided on any smartphone. Kids probably can’t figure out out how parents were able to go from one city to another without this device.

Popular navigation Apps are a “dime a dozen” but my favorite is the Waze App. Some might not know this, but it is fully owned by Google after its purchase from the founders in June 2013.

Very few saw the emergence of e-books. The trend is for electronic books to replace physical books in the future. Most school levels are slowly transitioning into teaching using only e-books.

The advantages for mother earth will be enormous since more trees will remain standing due to the need for fewer physical books printing. Most of the published works are now available in e-book format.

I doubt if it will encourage more of our citizens to read, but the information will be available in e-learning format for interested souls to access.

Other Cool Things to do With Your iPhone or Android Smartphone

✔ Many Apps can turn any smartphone into the best alarm clock that can wake up even heavy sleepers.

✔ Apply it to learn something new every day.

✔ Utilize it for event and concert admissions. (digitized tickets are slowly surpassing the need for physical tickets).

✔ Use your smartphone to learn a new language.

✔ Allows one to pre-check in for a flight before arriving at the airport.

✔ The list of mobile games one can play is growing daily.

✔ Keep track of spending and expenses.

✔ There are now utility Apps that make it easier to pay back friends for a shared meal.

✔ Makes managing a growing blog as easy as can be.

✔ When inspiration strikes, one can use the smartphone to commence the writing of that novel

✔ Checking the latest stock closing price is right at your fingertips.

The introduction of the smartphone to the general public will go down as one of the most successful inventions of all time. The many pitfalls associated with using a smartphone is not what this article is about.

Among the top good 5 things a smartphone can do is allowing the user to become more organized with banking and needed information within easy reach. The list of the best things to do with your phone is a partial one, but I am sure you can come up with at least a dozen more if you tried.